Netball is a fantastic sport; I love it. It doesn’t matter what age or ability level you are, anyone can enjoy netball.  As with any sport however, there are certain injury risks involved with participation.

There are many different foot and leg injuries that are common to Netball. Here are 4 of the most common:

An ankle sprain occurs when the ground forces pushing against your foot and ankle in an outwards direction (a movement called supination of the foot) are higher than the muscle and ligament forces inside your body that resist this movement. Some people are more prone to repeated ankle sprains and if this is you, I would strongly recommend that you get a check up to help reduce your likelihood of this happening again this season.

After experiencing an ankle sprain you should come off the court immediately and apply ice and compression, elevate the leg when non-weight bearing, walk on it as much as pain allow and seek medical help.

Probably the second most common traumatic injury with Netball is damage to knee, especially the ACL (anterior cruciate ligament). Trauma to the ACL most commonly occur when you are forced to stop suddenly and the strain on the ACL is too much for it to cope with. This injury will kill your season stone dead!

There are also numerous over-use injuries that can occur in Netball. These sorts of injuries usually occur when your activity levels are rapidly increased (e.g. sudden increase in training at the start of the season), if you overload the same tissues repeatedly by performing the same activity over and over or if the way you move (your biomechanics) causes stress in a specific part of the feet or legs.

Patellofemoral Pain (PFP) is a classic overuse injury of the knee.  PFP occurs when the pull of the muscles in the thigh drag your knee cap out of its normal alignment which increases stress on cartilage of the underside of the knee cap. 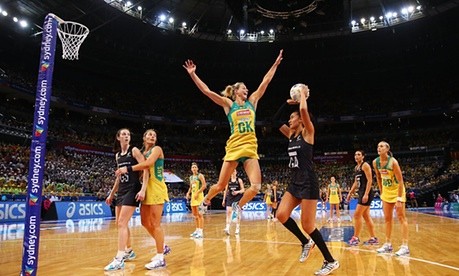 Another classic overuse injury is shin pain (or what many people call Shin Splints). Shin pain can be caused by too much stress in the muscles of the front of the leg, a bending stress on the shin bone (the tibia), a poor running technique, tightness in the calf muscles and by several other reasons. Getting a correct diagnosis for you shin pain will allow it to be treated effectively.

I have seen to many people get a nasty injury (that could have been prevented or been treated better) that pushes them out of the sport they love.

Don’t let this be you.

Yours in helping build amazing lives from the feet up.